“Breaking & Entering” is the 59th episode of the American television series Prison Break and was shown together with the first episode of its fourth season as a two-hour episode with “Scylla”. It was broadcast on September 1, 2008 in the United States on the Fox Network. 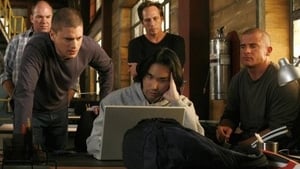