Jeff receives news that one of Nate’s friends might be planning something at an upcoming “Cult” fan costume party, so Jeff and Skye attend the party dressed as Billy and Kelly. At the party, Skye’s drink is spiked with a hallucinogenic drug similar to a drug used on the television show “Cult.” Sakelik warns Jeff that he might be in over his head. Also, at the party, Roger meets a mysterious stranger named Stuart. Meanwhile, on the television show, Kelly marries Billy in a flashback scene. 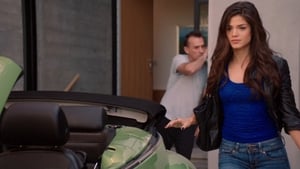