Jeff finds a surprise visitor in Nate’s apartment who tells him about a dangerous on-campus game that Nate had been hosting known as “Being Billy,” which involves role-playing scenes from past “Cult” episodes. Jeff and Skye follow clues that might explain the next scene the players will try to recreate. Meanwhile, E.J. (Stacy Farber) searches Nate’s laptop and finds that he’s been active online and sent a cryptic email to a hidden recipient list. On the television show, Kelly confronts Billy. 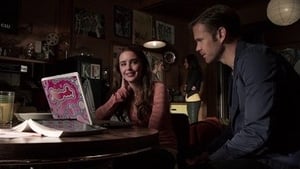